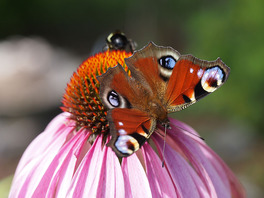 Notes
One individual was discovered in a suburban garden near Halifax, feeding on coneflower. There have been a few other reports from Ontario and from Quebec, where there is a possibility of a permanent colony near Montreal.