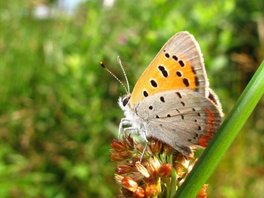 Notes
This species is present throughout the Holarctic. In England it is called the Small Copper, and this name is also used sometimes in North American references.