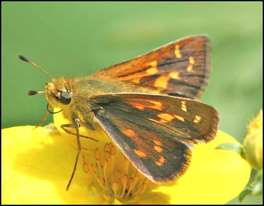 Notes
They were relatively abundant at Mount Uniacke in August of 2000.