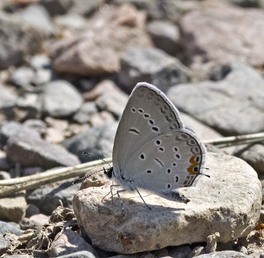 Flight Period
All New Brunswick records (the nearest ones to Nova Scotia) are from August, but in other parts of Canada two to three broods from May through October.

Notes
Found in three locations north of Debert on August 21, 2013 by Phil Schappert. This is the first sighting of this species for Nova Scotia. Previously, the known easterly limit of its range was in the neighbouring province of New Brunswick, where it is rare. Other observers subsequently found this species in two other locations in the province in 2013.

Overwinters as a mature larva.