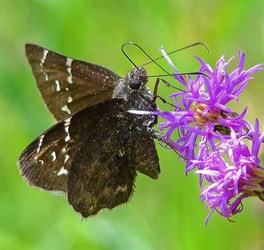 Habitat
Unknown for Nova Scotia. Layberry says they are usually found in partially wooded places and rarely in built-up areas.

Notes
This is typical of many of our small and inconspicuous species in that we know little of its status here in Nova Scotia.