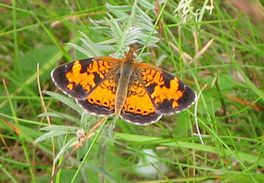 Notes
This species was once lumped with the Pearl Crescent (Phyciodes tharos) but has recently been split. Some authors refer to it as the "Northern Pearl Crescent".