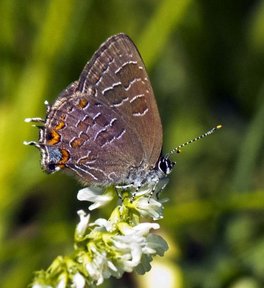 Similar Species in Nova Scotia
All four of our common hairstreaks are superficially similar. The major differences are in the patterning on the underside of the wings. See Acadian Hairstreak, Banded Hairstreak, and Gray Hairstreak.